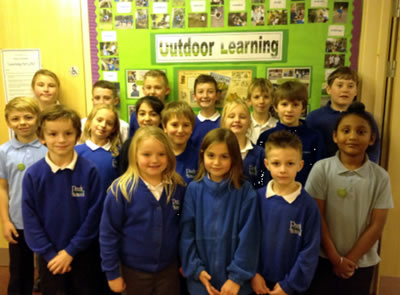 Some activities we will be getting involved with this year:

The Eco-Team have been meeting fortnightly on a Wednesday lunchtime.  There has been some changes in its membership and understandably in the summer months there is less enthusiasm.  During the winter months the team were spurred on by the group from 5J who initiated the meetings weekly.  The committee leadership was Ben (5J) as the secretary and Oliver (5J) as the Vice-Chair and Vinny (6B) was the Chairperson. Whilst I made suggestions to the team about what sort of activities they could do and supplied the resources they began over time to manage themselves which is a lovely development to watch.  The activities that they partook in/encouraged (taken from The Pod resources) in their classrooms were:

Over all, the team have been very successful in its first year.  It has been problematic that the children have come from the same class rather than a member/or two from each class because the message has not been consistently spread.  Hopefully some of the members will chose to join again next year and will be more spread out.  On occasion it has not been possible for me to make meetings because I have to set up a lesson over the lunchtime but it would be a bit much to meet weekly and only being in school for three days makes it a bit intense anyway.

The Eco-School activities are also taking place during my lessons with biodiversity, waste, energy, water, school grounds and litter.